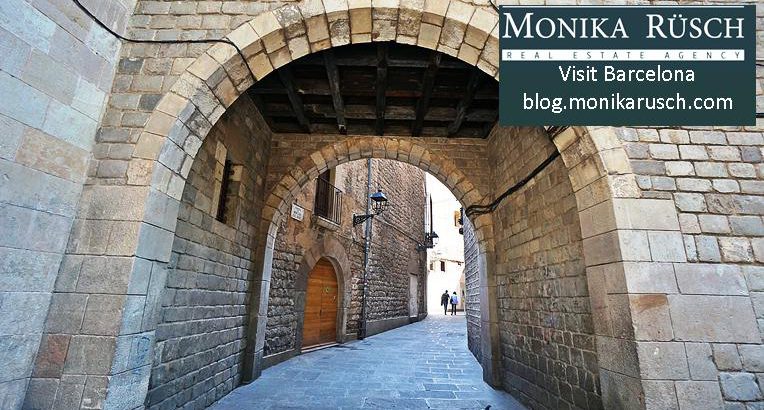 Strolling through the streets of Barceloan’s Gothic Quarter is a real pleasure at any time of the day! In this video we will visit the Pont dels Canonges and the Plaza de Sant Felip Neri, both next to the Cathedral of Barcelona.

The neogothic bridge that unites the House of the Canonges with the Palau de la Generalitat was constructed in 1928. Being a relatively new construction, is one of the most photographed elements of the Gothic Quarter of Barcelona.
If you stand under the bridge and look closely at the bottom you will find a mysterious skull, which tells the legend that it is authentic, pierced by a dagger. Legend says that if the dagger is extracted, Barcelona will collapse. Other legends say that if you cross the bridge of backs, looking at the skull, you will be granted a wish. 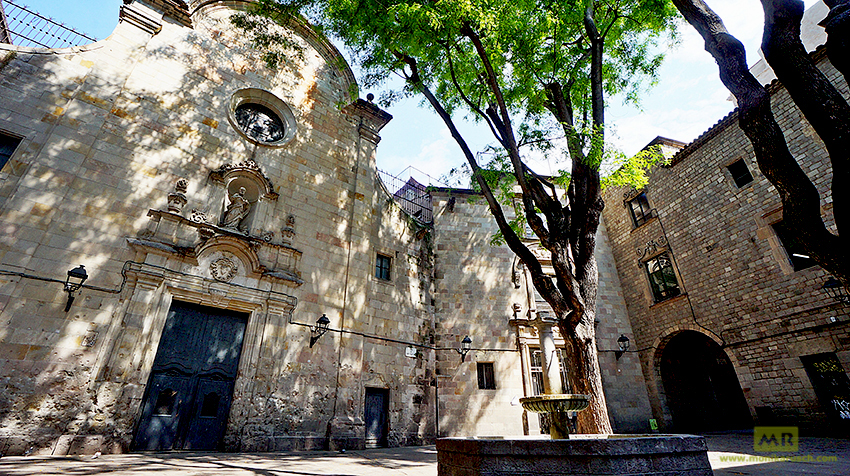 The square of Sant Felip Neri is a unique square in Barcelona, named after the baroque church that presides the square. It is in the Gothic Quarter, in the district of Old Town “Ciutat Vella”, and more specifically in the neighborhood of Call and San Felipe Neri. 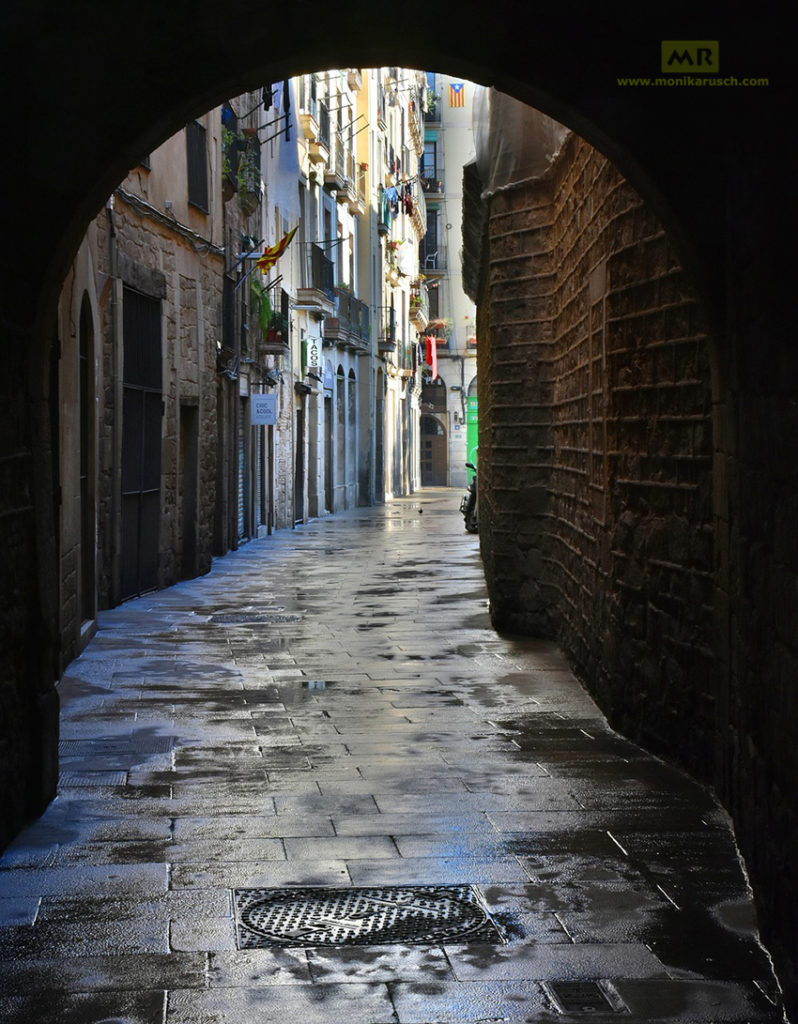 Antoni Gaudí was a faithful lover of this square. In fact, he was walking towards the church of Sant Felip Neri when a tram ended his life the morning of June 10, 1926.

The square is built on the old medieval cemetery of Montjuic bisbe, destroyed during the Spanish Civil War. Surrounded by Renaissance-style houses, it had once been the seat of the old houses of the guilds of shoe makers (now the shoe museum).

On the walls of the Church of San Felipe Neri, can still be seen remains of the shrapnel of several bombs launched by aviation during the Civil War.

How did the tragedy happen? 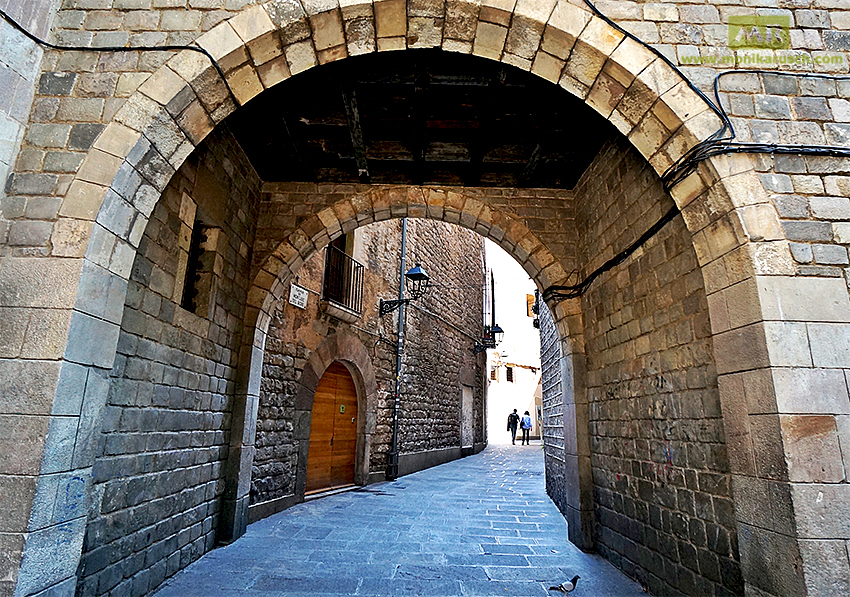 Franco’s army, on January 30, 1938, bombed the city of Barcelona, and a bomb dropped in this square causing forty-two fatalities, most of them nursery school children who were right next door.
It was not a mistake. The goal was to kill as many people as possible. The strategy was to launch several bombs, pause and when everyone thought the bombing was over, they would bomb again. This way, it was also possible to kill the people who went to help the rest of the wounded.

The walls of the square preserve the erosion caused by the bombing, to remind us of what happened and should never be repeated. 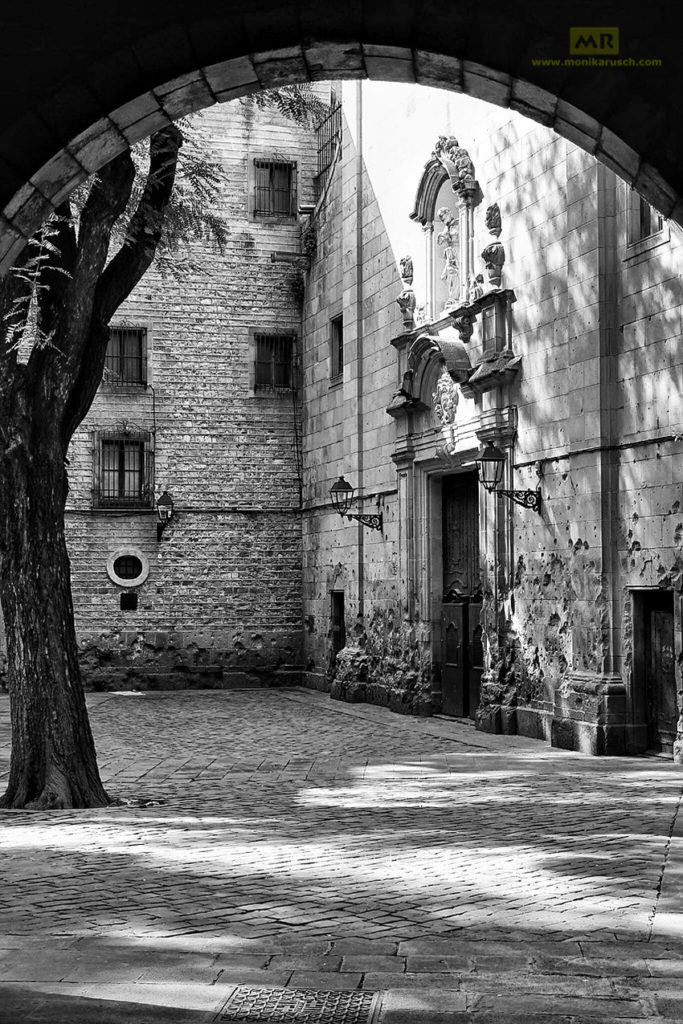 Sant Felip Neri is magic! Although it is a few steps away from the bustle of the Cathedral, if you manage to get around the groups of tourists that flood it from time to time you will feel that you enter into one of the secret corners of Barcelona. Set between a nook and crannies, set on an ancient medieval cemetery, this placid and sheltered square hides, whose silence breaks from time to time the commotion of children from the neighboring school.

You can not miss the hype! And don’t forget to visit our Facebook and our next post! We read us soon!