The FAD awards are the deans prizes of European architecture and interior design.

During the Spanish postwar years, many of the rationalist architects were purged or exiled and at that time, there were only the architecture schools of Madrid and Barcelona. In both schools only fifteen architects were licensed a year.

According to the official website of the FAD awards, a group of young Spanish architects began to reintroduce modern and contemporary architecture and did their best to learn and catch up. Collecting the witness of the former Annual Awards of Artistic Buildings of the Barcelona City Council, who awarded Barcelona’s architecture and commercial establishments between 1899 and 1930, the Fomento de las Artes Decorativas created the FAD Awards for Architecture and Interior Design in 1958, led by the architect Oriol Bohigas.
They wanted to recognize the fruits of this incipient contemporary architecture, which was to be so important in the world a few decades later.

Since then, the FAD Awards have been awarding year after year the best works of Barcelona, Catalan and Iberian architecture. And they have done it with independence and constancy and overcoming all sorts of difficulties, to become the oldest prizes in Europe – and perhaps the world – and some of the most prestigious.

That is why today we want to present one of these magnificent houses that won the FAD award in 1987 and today we are renting it through our real estate.

The house Alella is a very exclusive house designed by two renowned architects, awarded with a prestigious architectural award. It is located in the urbanization of Mas Coll, in the village of Alella.

This property is built both externally and internally with high quality elements. It is distributed in three modules united to each other, with fantastic architectural details, that make of this house a unique piece in the zone. It is a very bright house and with incredible sea views, on the floor is distributed by a huge living room, kitchen office, a service room, water area and a multipurpose room. On the upper floor there are four large bedrooms, two of them en suite and the other two share a third bathroom and a fabulous terrace of 35 m2 and a solarium of 150 m2. All this in a luxurious environment, with fantastic garden and pool and outdoor space for 5 car parking. 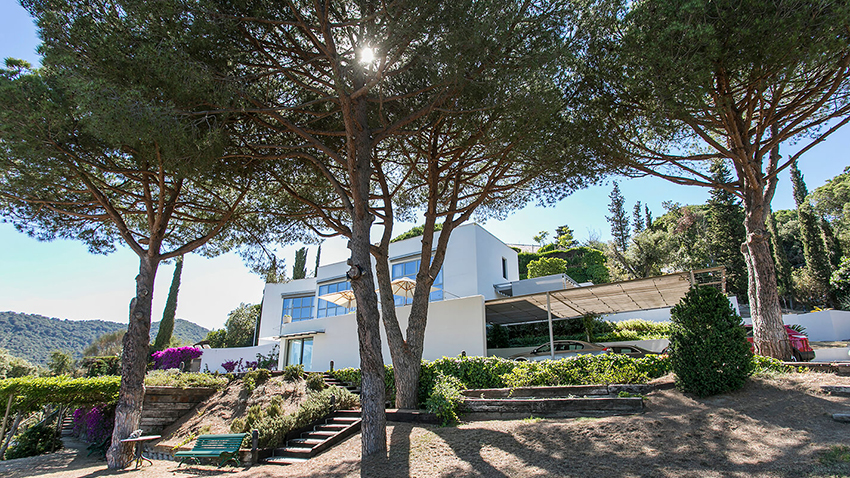 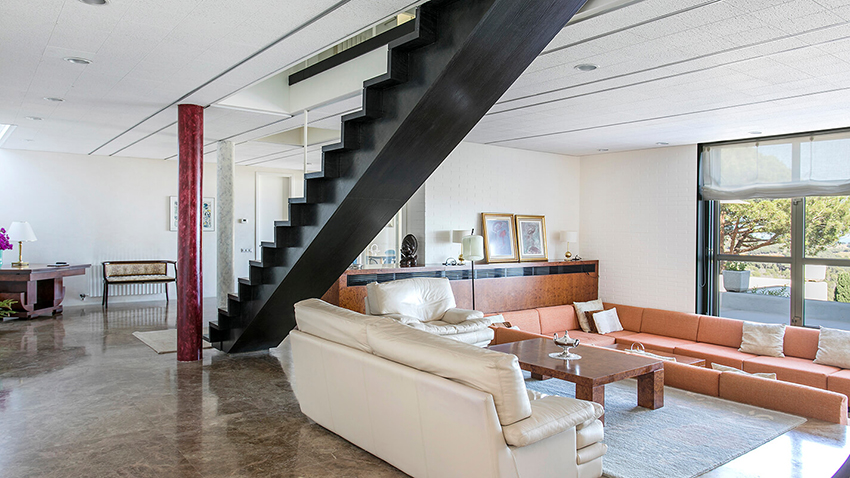 What do you think? We love it and we are very proud to have a house like this in our real estate.