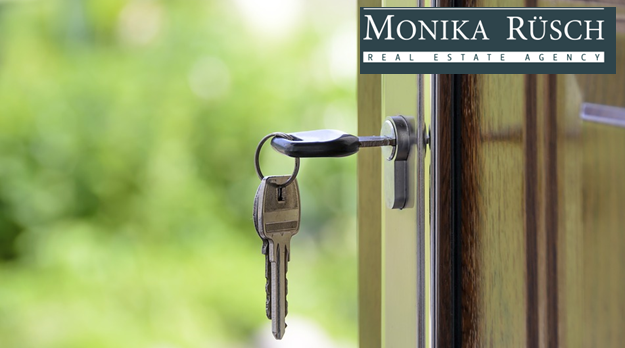 Only in Catalonia, social housing needs are 230,000 units

According to the real estate Monika Rüsch, the shortage of social housing forces Spanish people living on rent to spend 73% of their incomes in city center and 53% in the suburbs.

Barcelona, ​​May 8, 2018.- The promotion of official housing in Spain (VPO) is at the tail of Europe. While countries such as the Netherlands, Sweden and the United Kingdom allocate more than 3% of GDP to this concept, in our country it is below 1%, occupying the last positions, along with Portugal and Greece. Most of the countries of the European Union move between 1% and 2%. From the real estate Monika Rüsch, a company with more than 25 years of experience in the residential market of Barcelona and leader in international clients, they believe that a bad policy in the housing of official protection has social and economic consequences, because it not only increases the number of homeless people or the increase in occupied dwellings, but also seriously harms the evolution of the average price of rental of free housing, which increases disproportionately and prevents access to housing for many people and families.

According to Jordi Gruart Rüsch, general manager of Monika Rüsch and economist with more than 20 years of experience in the real estate market, statistics on unemployment and risk of poverty are enlightening and alarming. “We head the list of unemployment, with 16.1% of the population, the second highest in Europe after Greece, and also the percentage of the population at risk of poverty, the highest of the rich countries of Europe with 22.3%. That is, more than 10,000,000 people at risk of social exclusion. Our average age of emancipation is 29 years, the highest in Europe with Italy and Portugal, and we are also leaders in brain drain. “ The efforts of the central administration, the autonomous governments and municipalities in recent years have been scarce, in large part due to budget cuts derived from the crisis. Thus, the level of annual promotion of protected housing is not enough to meet current demand. Only in Catalonia, the needs for social housing are 230,000 units, according to a report by the Institut Cerdà.

The shortage of social housing means that rental prices on the free market can be set freely due to the lack of competition. In addition, many of the new homes that are built in the city centers are purchased by people who see them as a pension plan, since they do not trust receiving a pension in the future.

Upon the expiration of the rental contracts, the renovations of the same can suffer increases of up to 20% (the average wage increase being much lower), which causes the percentage of rental income to be very high (many families use more than 60% of the rental income of the house).

In the following table we can see how the existence or not of social rental housing in the country affects the price of the free rental market. Mr. Gruart Rüsch explains that, the lack of social housing policies in Spain, requires 73% of the income to be allocated in the center of the city, which means that many have to travel to the outskirts, where they spend the 53% of their incomes on the rent. “This means that quality of life is lost, due to the increase in the time that has to be allocated to travel. In addition, the increase in rents has negative consequences in other sectors, since people consume less, travel less … and in the end this has consequences for production, which lowers, generating unemployment, worse wages, less consumption …. A fish that bites its tail. “

Advantages of investing in social housing for rent

Rental social housing can serve as a regulator of free market prices. This point is very important because, if the social housing stock is high and its access is flexible, we will avoid widespread increases in the rental prices of free housing, facilitating access to rent to a greater percentage of the population.

The income that the state receives in terms of rent are, in the words of Jordi Gruart Rüsch, “wealth for the country”, and can be used for the construction of new social housing for future generations.

The CEO of Monika Rüsch believes it is time to rethink the housing policy at European level. “President of Housing Europe, Cédric Van Styvendale, explains that social housing is a crucial element; It is definitely an investment, not an expense, it provides homes, it offers jobs and it unites people. “

There are countries like Germany that have already taken action on the matter and tripled the means for the construction of social housing, allocating 1.5 billion euros to 80,000 social protection homes per year. “It will not be enough, but it is a beginning,” says Mr. Gruart Rüsch. In addition, he believes that public institutions and the political class must begin to give priority to the social interests of the population over those of party or personal. “In this area, we are closer to Venezuela, Romania or Turkey than to Denmark or the Netherlands.”

Monika Rüsch real estate company has more than 25 years experience in the residential market of Barcelona. It puts at the disposal of its clients the best human team, of different nationalities, thus resolving the language barrier, personalized advice and the latest technologies to promote their homes increasing the probability of success of each operation. With an international vocation, 40% of its clients are foreign buyers. Its offer is made up of high quality homes, from which they provide exhaustive information, including through interactive 3D plans and virtual visits.