Before starting, if you want to experience the feeling of being in Barcelona, ​​watch the video! 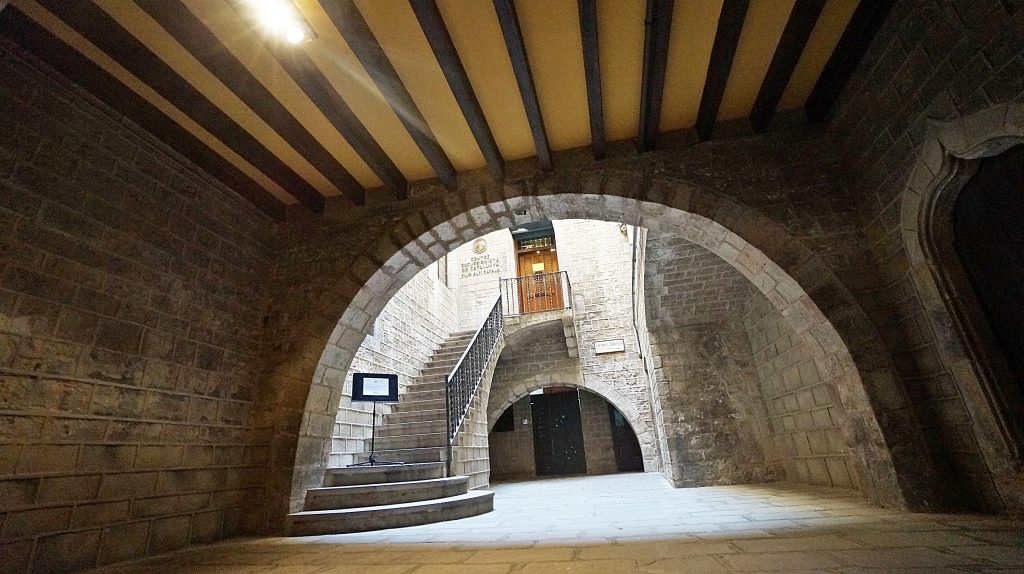 Strolling through the small streets of the majestic Barri Gòtic of Barcelona, ​​with cobbled floors and solid stone walls, wandering along the street Paradís, we are surprised by a plaque on the wall with the following inscription: Mont Taber, 16.9 meters above sea level, and on the ground, an old millstone, which indicates exactly that altitude.

The Mont Taber is right behind the cathedral and yet it is one of the most overlooked sites in Barcelona.

WHAT IS MONT TABER?

The first Romans of Colonia Iulia Augusta Paterna Faventia Barcino, today Barcelona, settled first in Montjuïc, but due to the repeated floods of the river Llobregat that made difficult the use of the port, in century I a.C. Left this site and chose a new one to develop their colony, a small mound located between two streams, Mont Taber. 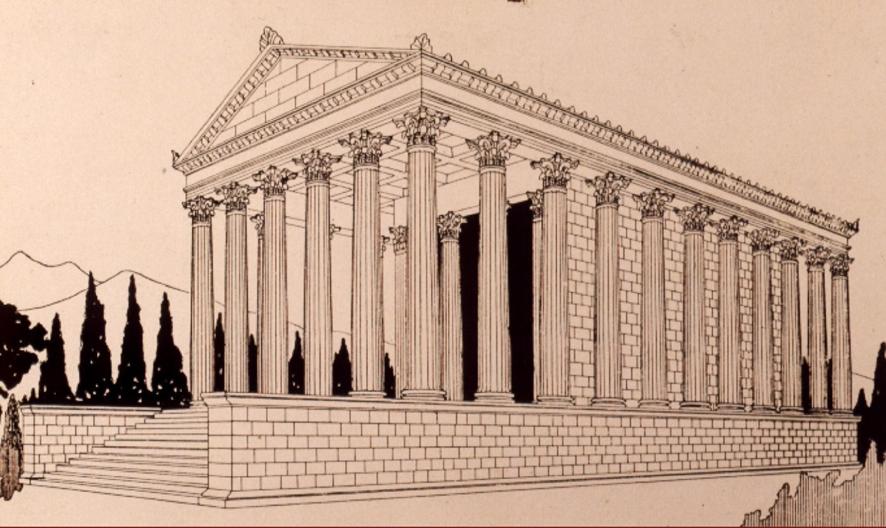 The Mont Taber, located 16.9 meters above sea level, was the highest point in the city.From that point you could see and control the different ships that arrived at the old port of Barcelona.

At the moment we can not see more than the walls of the medieval buildings of the Gothic Quarter of Barcelona, ​​but if we close our eyes we can imagine that we could perfectly see the port and control the different tourist cruises that arrive to Barcelona, ​​some coming from Rome.

Beside the plaque we find a portal with solid wooden doors open, which invites us to enter. Inside a small medieval courtyard we find four columns of the temple of Augustus that with more than two thousand years of history show that the passage of time is only relative. I wonder, would they explain these columns if they could speak…

It was there where they built the Temple of Caesar Augustus and for more than 400 years presided the center of the Roman Forum. Over the years it collapsed and at the end of the 19th century three columns of the same were found inside the dwellings of the residents of the building.

It is impossible to see them from the street, so I call them the unknown treasure of Barcelona.

THE ROMAN TEMPLE OF AUGUSTO: 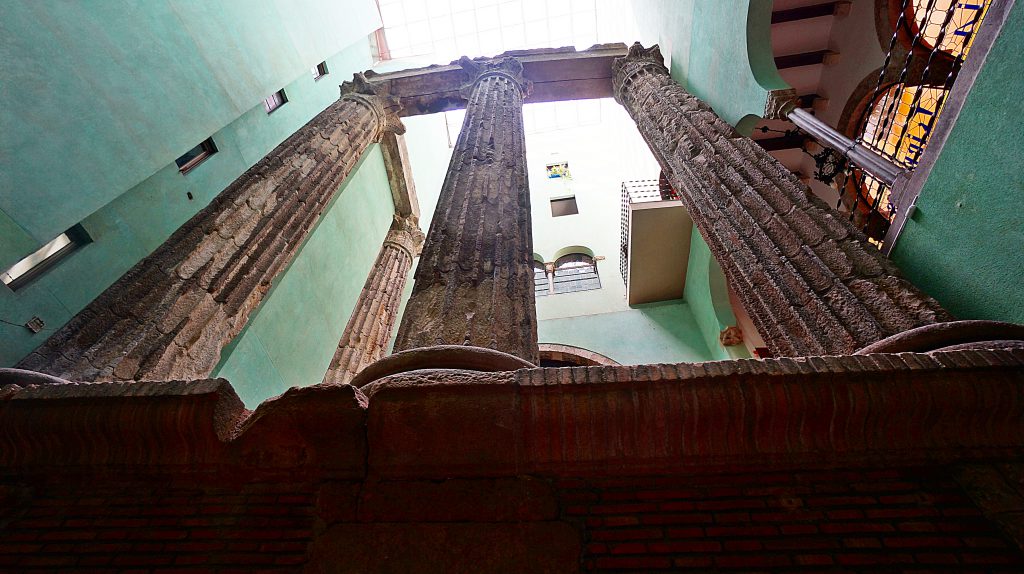 The columns of the temple of Augustus that are inside the medieval patio, measure about 9 meters and are of composite order. These columns were located in one of the later angles of the building and are a souvenir suppose a memory of the power of the Roman Empire of before Christ. The temple was constructed during century I a.C, and in him was worshiped to the emperor Augustus. It had an area of ​​630 m2 (measuring 37 meters long by 17 wide) and in the front there were 6 columns by 11 deep (hexastilo temple). The reconstruction of the temple was carried out by the prestigious architect Puig i Cadafalch at the beginning of the 19th century.

One thought on “The Mont Taber”