According to Monika Rüsch’s Real Estate Barcelona, the deterrent effect due to terrorist attaks on August 2017 and the political instability, it desappearing among foreigner buyers and investors, who little by little trust again the real estate market of Barcelona.

Barcelona,  23rd April, 2018.- After the last major real estate crises, in 1993 and 2007, international buyers came back to Barcelona. The Real Estate Monika Rüsch, a company with more than 25 years of experience in the residential market of Barcelona and  leader in international clients, has survived both, and it is due to its extensive experience, for which they believe  that, after the events of the last months, the foreign trust in the real estate market of the Catalan capital is already recovering. 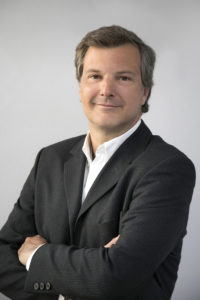 The economic consequences of the attacks of August 2017 are already lagging behind, since European cities that have suffered such tragedies recover in this field in an average period of 13 months. And with regard to political instability, the deterrent effect that could be caused by potential foreign buyers, is beginning to be quite blurred. According to Jordi Gruart Rüsch, CEO of Monika Rüsch and economist with more than 20 years of experience in the real estate market, “the decline of buyers and foreign investors is temporary and passive, since Barcelona is one of the most attractive cities of Europe to buy or rent housing, ahead of London, Paris or Rome. “

Currently, the majority profile of the foreign home buyer in Barcelona is more than 40 years old, middle-class, entrepreneur or manager, and with a high purchasing power. Monika Rüsch Real Estate finds, above all, many Europeans who have the idea of ​​retiring in Barcelona, ​​with the pension they will receive from their country, the city of Barcelona will be able to give them a higher quality of life with the same available rent

Barcelona is so attractive to buyers and foreign investors because it has not lost its cosmopolitan image. In addition, it is the star city of the Mediterranean area: it has a beach, a temperate climate and is 90 minutes away from the Pyrenees. “In the spring you can sail in the morning and ski in the afternoon.” It has a wide cultural and gastronomic offer, and it is still one of the most valued cities in the field of security. Its strategic location and airport connectivity are other aspects that make Barcelona one of the main tourist destinations in the world (it is a maximum of 3 hours of plane from any European city).

But there are also four fundamental economic reasons to understand the interest of foreign investment in the real estate market of Barcelona. According to an analysis prepared by Monika Rüsch, in the first place, if compared to the central areas of the main European capitals, buying a home in Barcelona is cheaper: the price of square meter in London is 14,611 €, in Paris of 9,834, and in Berlin it stands at 4,825 €. In front of all of them, the price of the sqm in Barcelona is 4,368 euros. 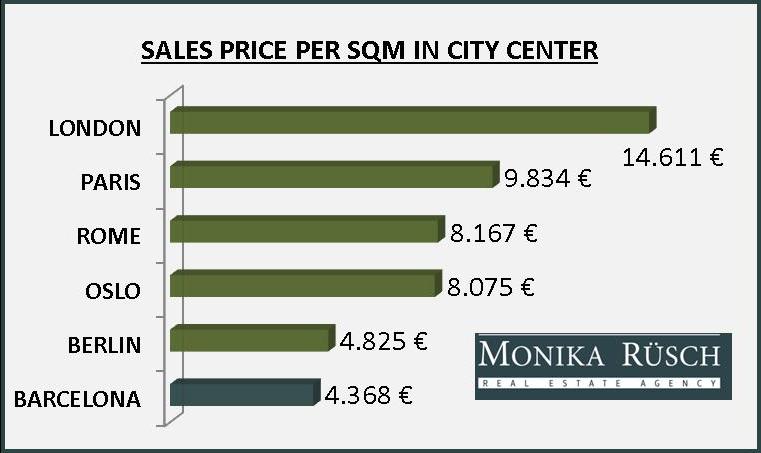 In second place, renting a home in Barcelona is cheaper than in other European capitals. Here, the average cost of renting a 3-room apartment in the city center is 1,419 € per month. London it is more than double, 3,380 €; In Paris it exceeds 2,400, and in Berlin the cost is similar, although above that of Barcelona, standing at 1,483 €. Other cities like Oslo or Rome, which do not exceed the prices of the square meter of sales of Barcelona, are more expensive in the field of rent. In the Norwegian capital it is close to 2,100 €, and the Italian is 1,892 €  per month. 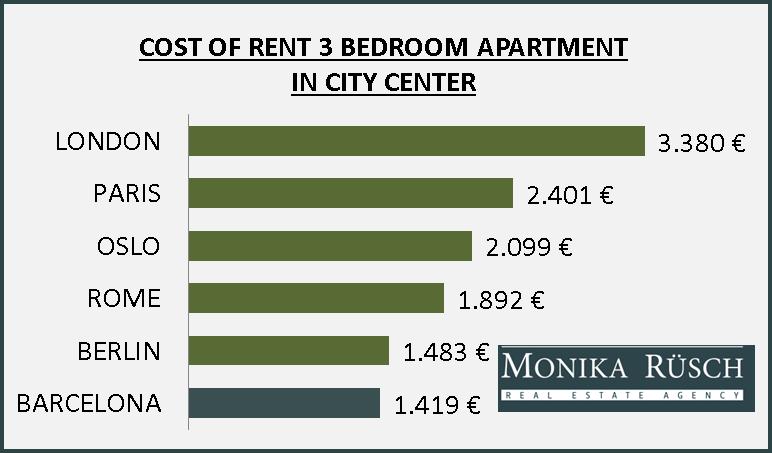 The cost of living is the third economic reason to invest in the housing market of Barcelona compared to other European options. According to the analysis of the real estate Monika Rüsch, if Barcelona has 1,000 € , Paris needs 1.395 € to do the same, and Oslo 1.649 €. 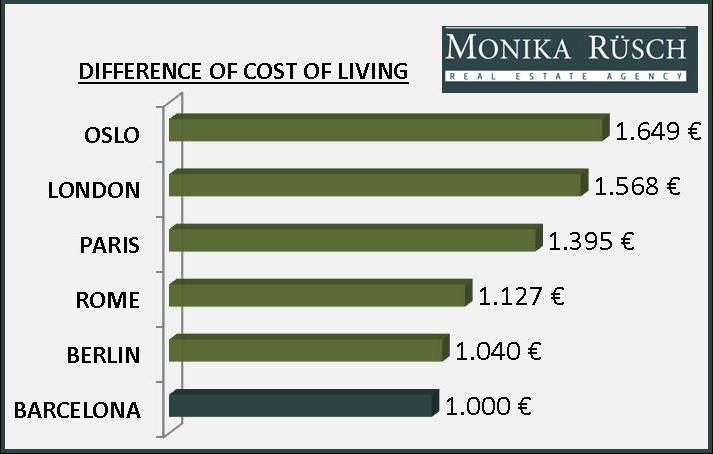 Fourth and last place, salary and pension differences are placed. Regarding the salary difference, in numerical terms and transferred to real purchasing power, it is quite diminished, since the differential of the cost of life must be applied. Thus, if in Paris an average salary is 1,690 euros and in Barcelona of 1,000 euros, the cost of living in the French capital is 39.5% higher than that of the Catalan one. This means that the difference in the real purchasing power is only 295 euros. In summary, the cost of living in Oslo is 110% above Barcelona, 91% in London, 69% in Paris, 48% in Berlin, and in Rome it is 5%. 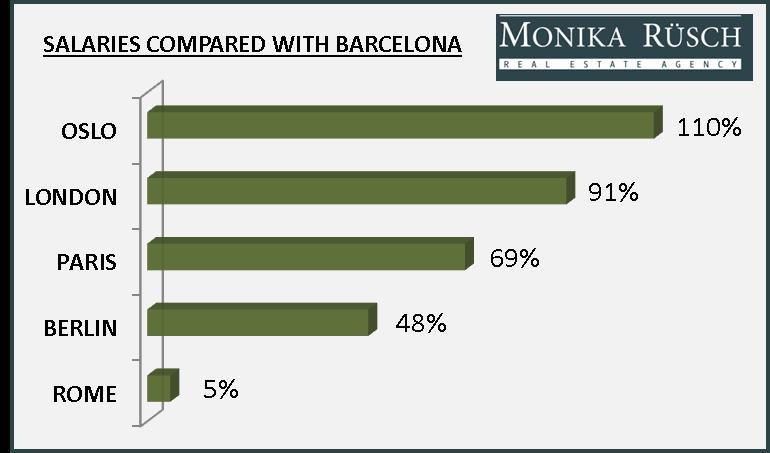 In this last section, with regard to European pensioners, they have a pension well above the Spanish pension, and the freedom to spend it wherever they want, which makes many of them choose to do it in Spanish cities , such as Barcelona.

The real estate Monika Rüsch has more than 25 years of experience in the residential market of Barcelona. It offers its clients the best human team of various nationalities, thus resolving language barriers, personalized advice and the latest technologies to promote their homes, increasing the chances of success of each operation. Internationally, 40% of its clients are foreign buyers. Its offer is made up of high quality homes, from which they provide comprehensive information, even through interactive 3D plans and virtual visits.