Good morning and welcome back to the city of Barcelona!

Today we will take a bike ride from Plaza Frances Macia (Diagonal Avenue) to Plaza Catalunya, down Passeig de Gracia. This neighborhood is known as the Eixample, designed by Ildefons Cerdà in the year 1860.

In the video the speed is accelerated, but the real time of the trip is half an hour going at walking speed. It is very easy, all flat and downhill!

Barcelona has many kilometers of bike paths that allow you to move around the city very easy. It is advisable to make the journey on holidays or during the weekend, as there is less traffic. If you want to do the bike ride with children, we recommend you to do the stretch of Avenida Diagonal along the wide sidewalks, at a quiet speed (for your safety). 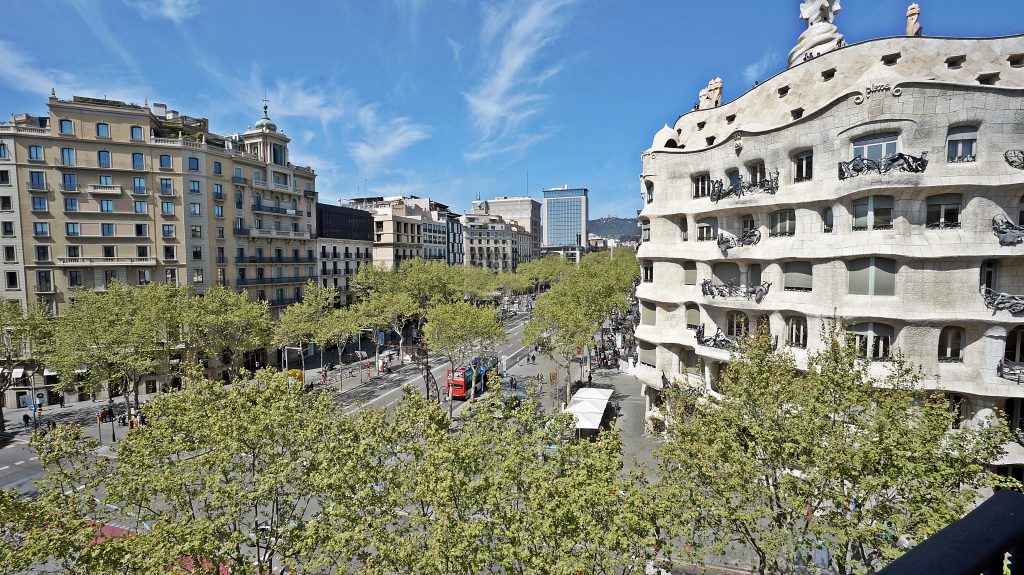 Avenida Diagonal is the financial center of the city and crosses the city (as the name suggests) diagonally, from North to South and from East to West, flowing into the sea. In it, on both sides of the street, we find all kinds of shops and restaurants.

Passeig de Gracia, one of the most beautiful streets in Barcelona … All the luxury shops are in this street. Statistics say that of every 5 euros that tourists spend on luxury goods in Spain, 1 spend it in Passeig de Gracia. In this wonderful street you can appreciate several of the jewels of Catalan modernism, such as the house Milà also known as La Pedrera, and Casa Batlló among others. 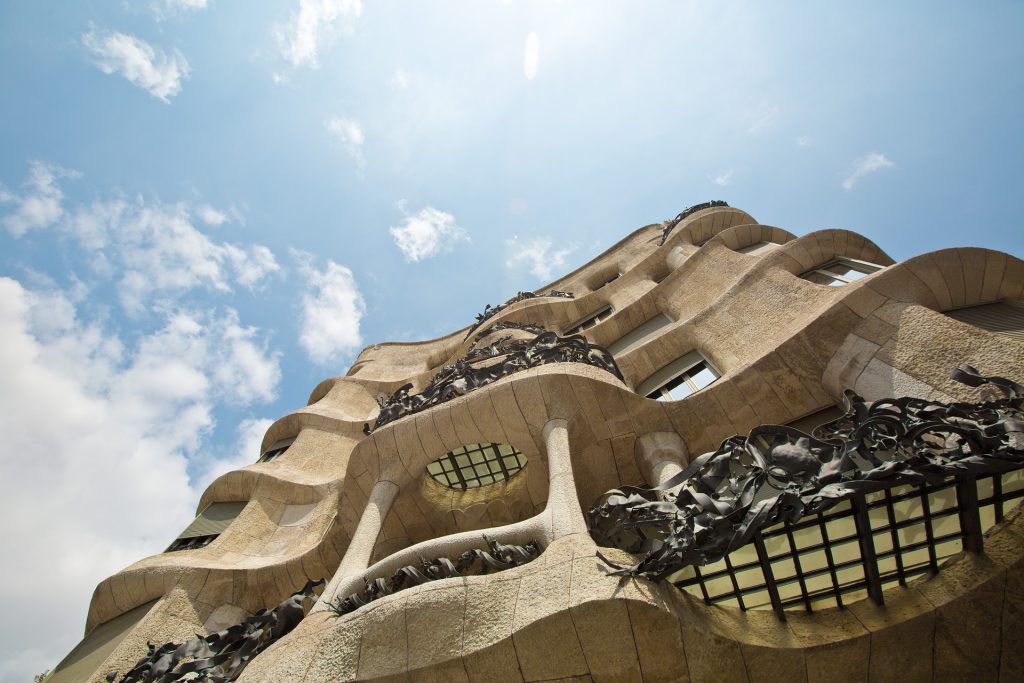 The Casa Milà, popularly called La Pedrera (quarry in Catalan), was designed by Antoni Gaudí. Since opening to the public has received more than 20 million visits. Casa Milà belongs to the naturalist stage of Gaudí and in 1984 was declared a UNESCO World Heritage Site.

The facades present a formal and stylistic continuity that, due to its sinuous and undulating shape, resembles a rock shaped by the waves of the sea.

If you come to visit Barcelona you can not miss a visit to both La Pedrera and Casa Batlló. 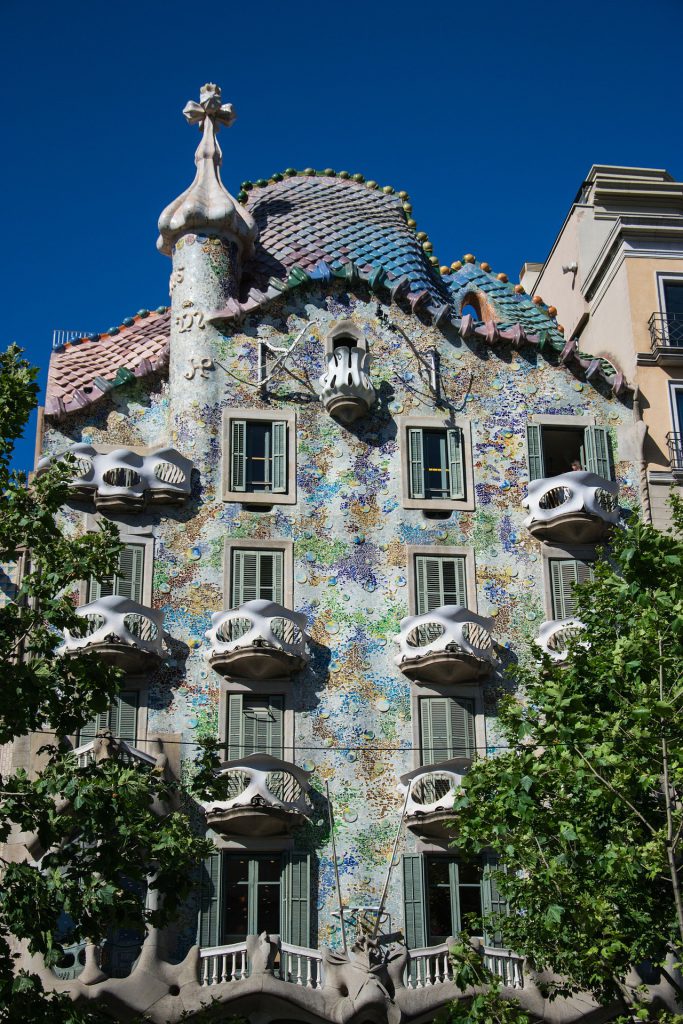 The facade of Casa Batllò was made with stone of the mountain of Montjuich, The columns have bone form, with vegetal representations. The carpentry has curved surfaces, and the windows are made of circular colored glass. The balconies have iron railings in the shape of a mask, which give the facade a shape. The facade is lined with pieces of glass of various colors (the trencadís), which Gaudí obtained in the waste of a glass factory, and remembers the waves of the Mediterranean Sea or the forms of the mountain of Montserrat.

We continue our journey through Passeig de Gracia until reaching Plaça Catalunya. This great square was the old point of meeting of the barcelonians where they danced the Sardana (typical Catalan dance).

In next videos we will make the journey from Plaza Catalunya to Barceloneta Beach which lasts about 20 minutes.

Here we end today! We hope to see you in our wonderful city, Barcelona … We will read us soon!